Written In The Stars – Mixed on Focal Twins 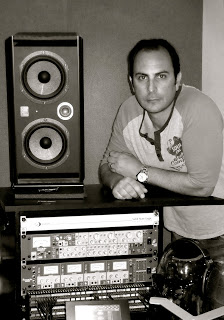 Producer, engineer, mixer, artist, James Reynolds has had a very busy last few years working with, amongst others, Tinie Tempah, whose massive hit ‘Written In The Stars‘ (now climbing the US top 20) was one of the first major projects James mixed on hisFocal Twin6 Be monitors which were supplied by UK dealer, Kazbar Systems.

James is the silent partner and secret weapon for some of the biggest names in Pop and Dance music. He has mixed and produced a wide range of acts including Tinchy Stryder, Pixie Lott and The Saturdays as well as creating and performing in bands such as Public Symphony and Braund Reynolds, which both received critical acclaim.

He is currently working on more material with Tinie Tempah as well as The Egg, Pixie Lott, Loik Essien and Cee Lo Green. For more information go to: jamesfreynoldsmixing.com &www.kazbarsystemsinc.com