We have just completed the studio upgrade for DJ producer Mark Knight, one of the founder members of major dance label Toolroom Records.

Due to Mark’s work flow and constantly jetting to DJ around the world, Mark required a core music system which would offer simplicity and compatibility to other studios and engineers he works with, but also allow simple integration of a high quality stereo buss compressor and EQ to enhance his mixes.

At the heart of the studio is a  Prism Sound Orpheus chosen because of the quality of Prism Sound’s audio converters and mic pre’s. The outputs from the Orpheus are then wired to a Thermionic Culture Phoenix stereo buss compressor and Avalon 747 EQ. This allows Mark to run his mixes through his outboard or buss out individual sounds for processing.

Mark also purchased a  Universal Audio LA610mk2 Channel strip. The LA610mk2 is an excellent mic pre offering amongst the best the sounding channel for vocal and instrument recording whilst offering excellent value too.

For monitoring, after auditioning various speakers in his studio, Mark settled on  PSI A25M’s active monitor speakers due to the translation of his mixes from studio to club. Working in conjunction with the PSI’s is a Trinnov ST2 Pro DSP room correction system. After an initial acoustic analysis of the studio performed by the Trinnov, the peaks and dips in the mid to lower end of sound frequencies which are so common in control rooms are levelled out by the DSP process within in the Trinnov.

Here is a video demonstrating the principles of the Trinnov system:

The Trinnov ST2 fixed the final mix translation issues Mark had between his studio and playback completing Mark’s studio upgrade. 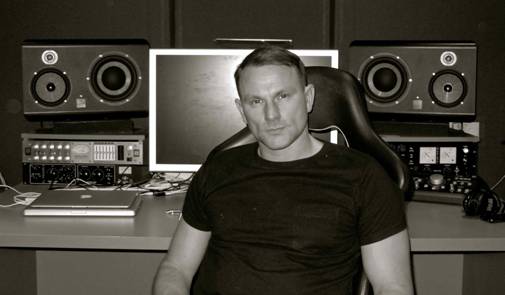