Maggie & Rose Family Members Club opened their first nursery in Kensington in 2007, in 2013 they opened the doors of their Chiswick club for the first time bringing family entertainment, cafe’s, arts, cinema, music and a roof terrace all into one huge 12,500 sq ft space.

Sean Bolger contacted Kazbar Systems during the design process of the club to discuss the background music solution where each of the six zones could be individually controlled; the zones included the Reception, Stairwell, First Floor, Outside Play Area, Second Floor and Roof Terrace. All zones are connected to a central Cloud Z8 Mixer system which controls the individual volumes for each area.

Due to the open nature of the First Floor ceiling where piping and ducting are part of the design architecture, a speaker solution which offers a decent full sound as well as discretion was  an import factor in speaker placement so the Ecler 106 was chosen for the First Floor but also used in the Outside Play Area, Stairwell and First Floor.

For the second floor, there is a plasterboard ceiling so the Ecler IC5 Celing Speaker was chosen again for their full range sound. 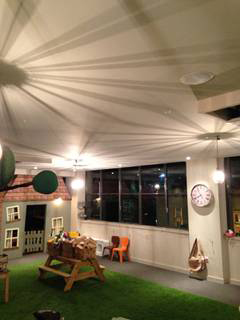 Also fed into the Cloud is a Sennheiser Radio Mic System for entertainment use such as quiz nights etc and the reception announcement microphone. 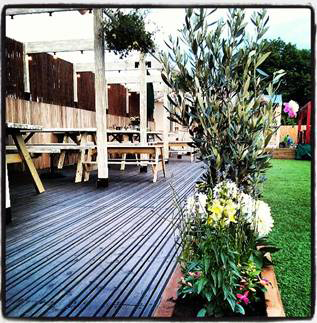 In the Outside Play Area is the Maggie & Rose Bus which is used for Arts & Crafts plus parties too. Naturally it required an audio playback system with a bit of a punch so we installed a wall mounted Ecler Speaker System with lighting too. 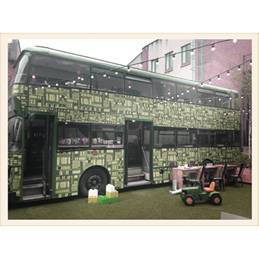