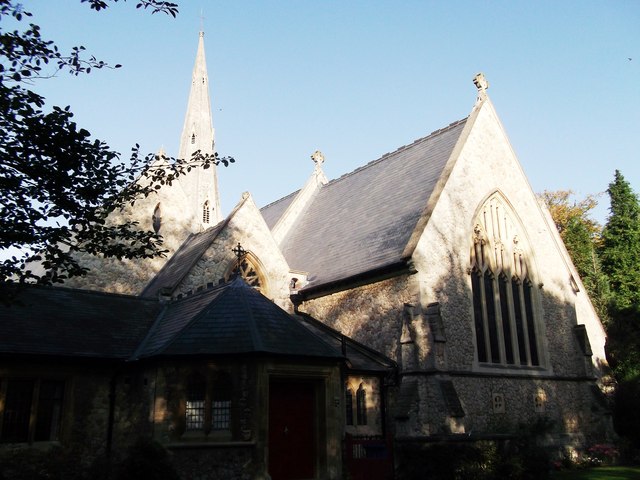 Kazbar Systems Commercial Audio were recommended to St Paul’s in respect of their audio and visual upgrade. The existing audio system was provided by four speakers located at the front of the Church and half way along the central isle mounted on pillars controlled by a central Soundcraft Mixing Console with control over the Altar microphones plus performance area stage boxes.

Visual requirements were serviced by a large projector and screen at the very front front of the church. 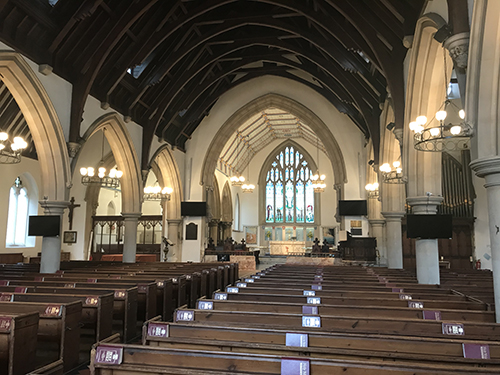 Our solution needed to include a complete cabling design and installation using the existing cable channels along the aisles, then blending with Church fabrics. Working with Seb Peccia from Monowave, we provided a proposal which offered a PA, playback, recording and visual upgrade with a user friendly integration.

All the displays were connected via CAT 6 to a central control and distribution system allowing control over each display and synchronisation with the audio. For the Organist, because of the location, there is no line of site to the central isle. The solution was to provide a display connected to a discreet fish eye camera now allowing the Organist to visually connect with the aisle and be in sync for performances such as weddings.

To provide balanced audio dispersion throughout the Church along with sound performance too during larger performances. Four Audac WX502 Passive Speakers were mounted above each pillar angled downwards.

We also installed two Audac GIAX Passive Speakers based upon line array technology allowing for focused audio projection down the central Church space. The GIAX speaker blended pleasantly with the Church fabric. Both the WX502 and GIAX speakers are powered by Audac Digital Amplifiers.

For the desk, the client was aware of improvements in mixer technology since they purchased their original Soundcraft mixer, we recommended the Allen & Heath QU32 Digital Mixing Console due to its simple user interface, onboard dynamics and effects allowing for control over the forward Lectern Microphones at the Alters Lectern, Pulpit and clergy desks.

The QU32 is connected via CAT 5 to the Allen & Heath AB168 Breakout Box installed at the front of the church allowing for microphones and instruments to be connected. We also installed a further Stagebox on the opposite side.